On April 7, 2007, I read an article in The Washington Post about Saad Eskander, who was the director of the Iraq National Library and Archive in Baghdad. It was about his struggle to maintain the Library despite looting and violence. He calls the Library “the historical memory of the country.”

In the newspaper story, Mr Eskander was at work on March 5, when a bomb exploded about 500 meters away in al-Mutanabi Street (named after one of the greatest Arab poets, and part of a very old quarter of the city). This area was the intellectual heart of Baghdad, where publishers, printers, and booksellers had their shops. It was a place Mr Eskander had often gone to buy books for himself or the National Library. He later learned that at least 26 people had been killed by the car bomb, including a bookseller he knew, and at least 100 people were injured.

His diary entry for March 5th (published via the British Library’s website) reads:

This day will be always remembered, as the day when books were assassinated by the forces of darkness, hatred and fanaticism … Tens of thousands of papers were flying high, as if the sky was raining books, tears and blood … Some of the papers were burning in the sky.

I fear for the children of Iraq. What can their future hold, if even books - repositories of knowledge - are targets of mindless destruction? Imagine a world where all the pages are blank.

Is this scene unfinished, or unraveling? 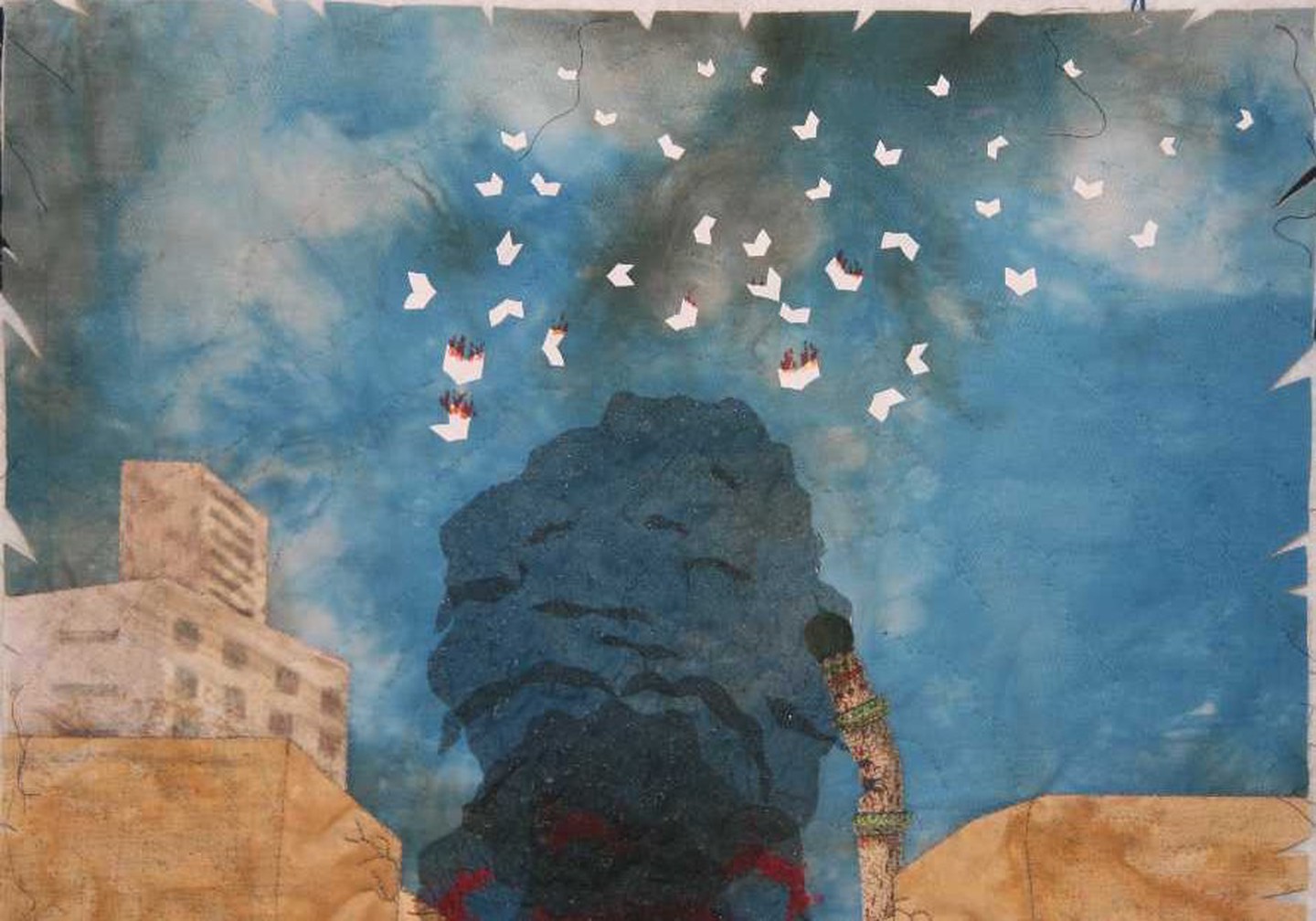 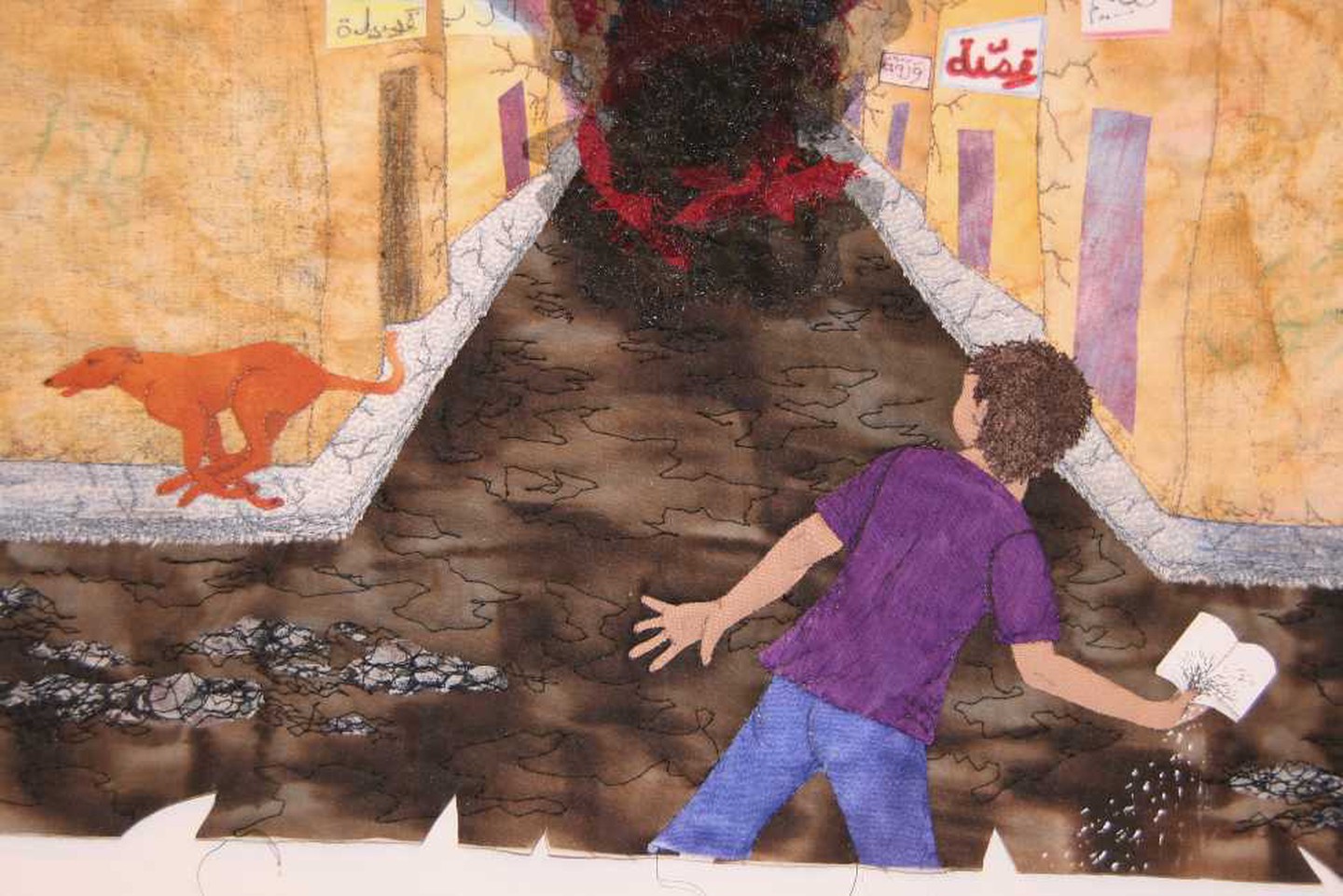 This is the seventh artwork in my “Dog Envy” political series. After the 2004 presidential election, I looked at my greyhound Gold Dust, lying on the floor in the sun, and was envious of his obliviousness. That moment initiated a long series of politically-inspired quilts. Gold Dust became my ‘everyman’, the average citizen, a common patriot.