I was ecstatic to be chosen to make an ornament for the official White House Christmas Tree in 2001. My ornament portrays Oak Hill, near Leesburg, Virginia, as it was originally built. It was the home of our fifth president, James Monroe. He wrote the Monroe Doctrine in this house.

Two hundred and four artists from the US participated in decorating the White House tree. The theme was historic homes. The ornament was to be three-dimensional, lightweight, and primarily white. All the ornaments are now in the permanent collection of the White House.

The owners of Oak Hill (it is now a private residence) kindly allowed me to visit the property to researched the project. Later, they commissioned this art quilt. The garden in spring is fabulous, and the owners are particularly fond of the irises.

Oak Hill is truly historic. President Monroe’s contemporaries, including George Washington, Thomas Jefferson, and Dolley Madison owned much of the furniture in the home’s collection. The design of the house itself shows the hands of Jefferson and Thomas Hoban, architect of the White House. Two ornately carved marble mantelpieces were presented to the Monroes by Lafayette, in gratitude for their saving Madame Lafayette from the guillotine during the French Revolution. The owners showed me where Civil War soldiers chipped off some of the carvings to take as souvenirs (the house was used by both armies during the Civil War).

Some of the slate floor stones were brought from the White House after it was burned during the War of 1812. The house’s history goes back even further, by many eons – other floor stones contain dinosaur footprints, found on Oak Hill’s farmland. I have depicted these footprints in the quilt’s borders.

The quilt is heavily thread-painted to portray the lovely gardens around the residence. The shadow across the house was painted. Most details on the house, and the steps, were inked. The columns and steps were fused in place. 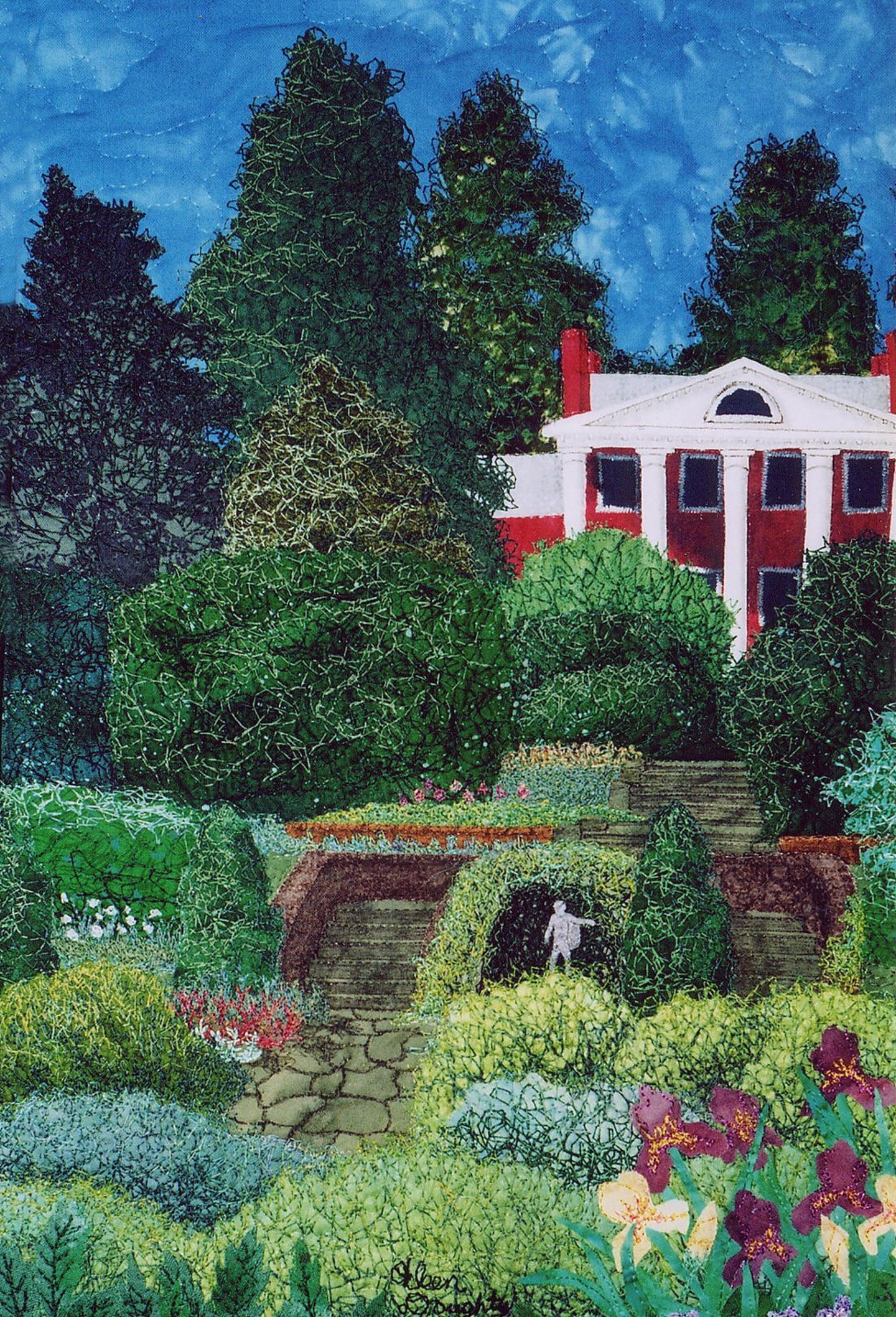 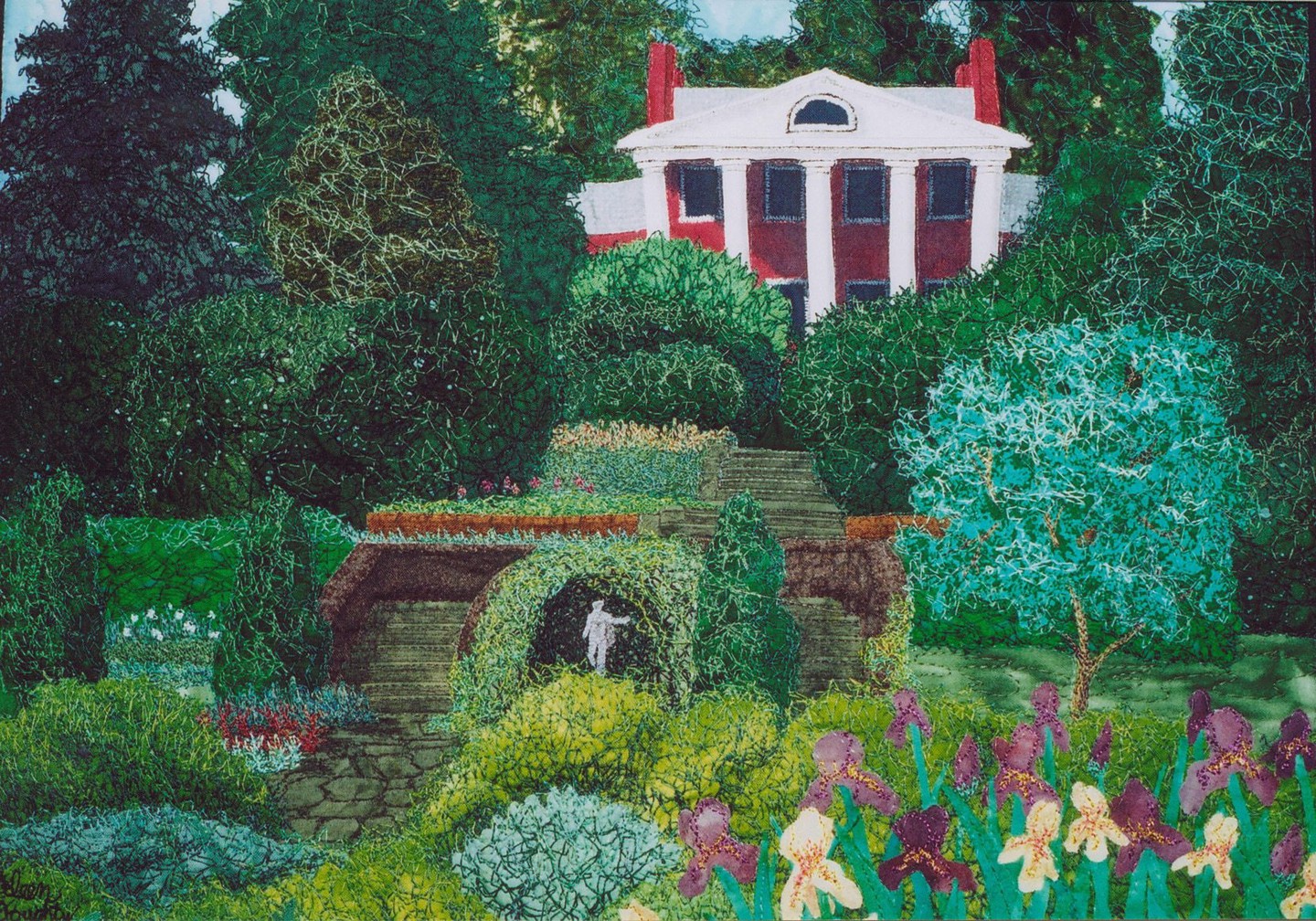