What was so patriotic about the Patriot Act?

This is the sixth artwork in my “Dog Envy” political series.

My statement in 2005; have things changed much?
We are “fighting a war for democracy over there” but losing our own freedoms back here. Our rights to privacy are in great danger as anyone, anywhere can have their communications, financial records, and home life invaded. Every week it seems another secret government operation is uncovered by our still-free press – but the Checks and Balances of our Constitution have disappeared in the cloak of the president’s wartime powers.

Wake up, Gold Dust! The bugs are everywhere! Your very insides are being looked at.

Notes on the quilting:

The gold text around the broken pyramid are the English translations of the Latin mottoes on the dollar bill:\ 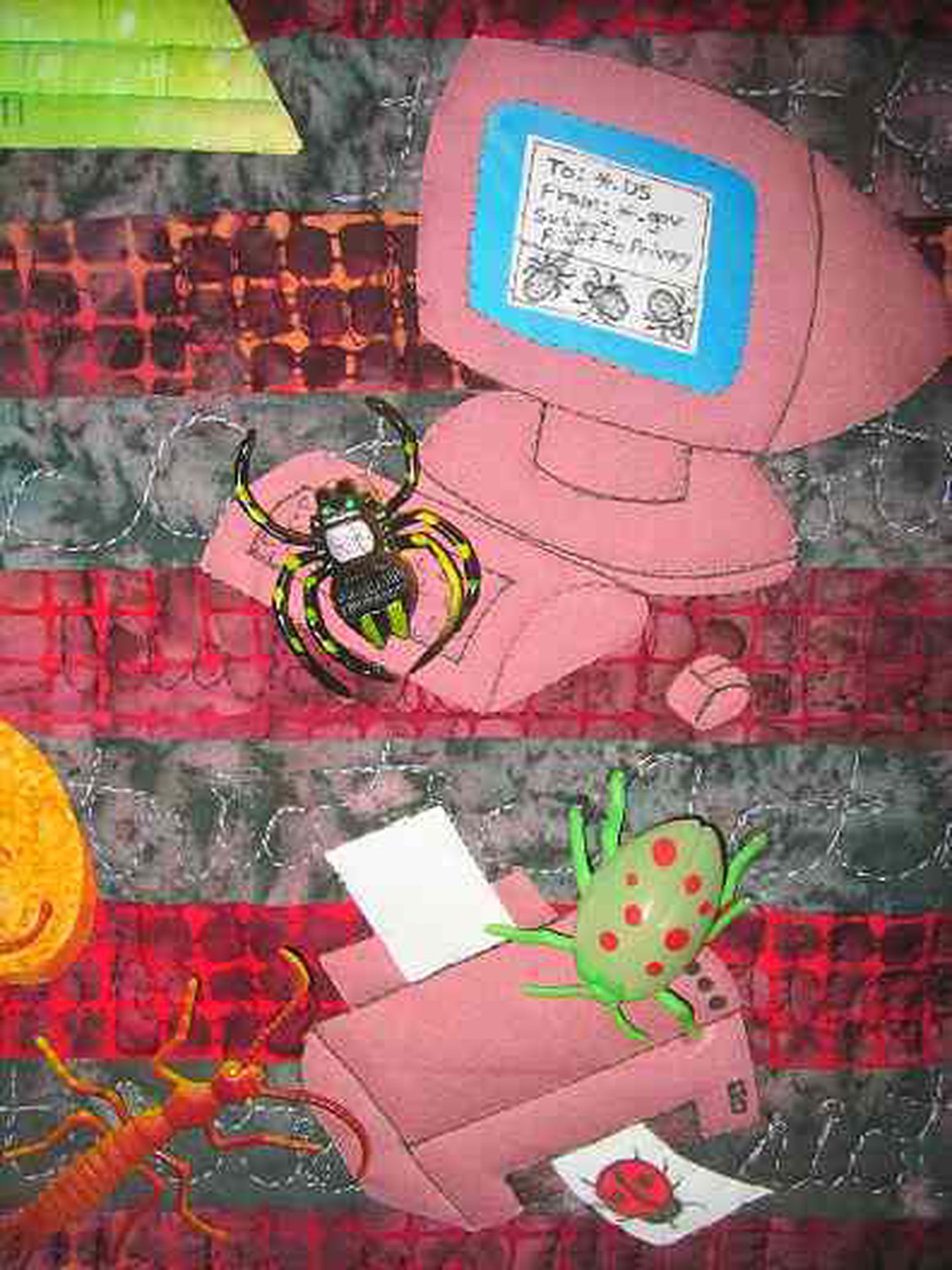 After the 2004 presidential election, I looked at my greyhound Gold Dust, lying on the floor in the sun, and was envious of his obliviousness. That moment initiated a long series of politically-inspired quilts. Gold Dust became my ‘everyman’, the average citizen, a common patriot.